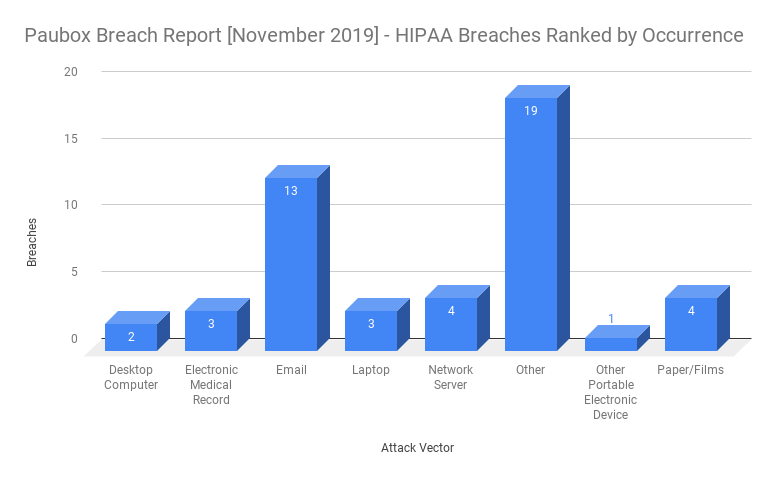 For the first time since we started the Paubox HIPAA Breach Report in July 2017, the Other category took the top spot for HIPAA Breaches Ranked by Occurrence.

As we dug in further to the data, 15 of the 19 reported breaches were attributed to Texas Health Resources.

According to this article, an error within its billing system caused patient information to be mixed up in mailings across North Texas.

Email has ranked first in the HIPAA Breaches Ranked by Occurrence category 8 times this year, or 73% of the time.

The Paubox HIPAA Breach Report analyzes breaches that affected 500 or more individuals as reported in the HHS Wall of Shame in October 2019.