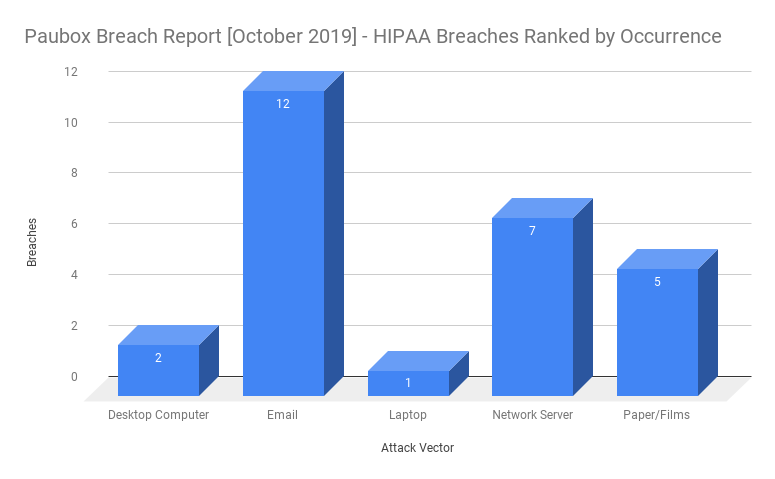 Network Server took the top spot in the HIPAA Breaches Ranked by People Affected category largely due to the following two breaches:

For the 15th time in the past 18 months, Email has ranked first in the HIPAA Breaches Ranked by Occurrence category.

The Paubox HIPAA Breach Report analyzes breaches that affected 500 or more individuals as reported in the HHS Wall of Shame in September 2019.